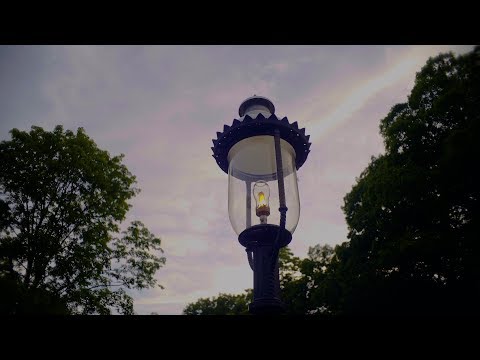 The Caretaker's Cottage of Avery Coonley Estate, which was designed Louis Guenzel, a prot?g? of Adler and Sullivan. | Photos by Mike Maloney

Wright and more: A highlight of the housewalk features a tour through the bedroom wing of the Avery Coonley Estate designed by Frank Lloyd Wright. | Photo by Mike Maloney

The tour also features a modern design, the Freeark House, designed by John Vinci and Lawrence Kenney in 1975. | Photo by Mike Maloney
< >
< >

A first for the couple in terms of making a joint public appearance, Kamin and Mahany will discuss Riverside and how it relates to New England architecture and landscape architecture.

The 7 p.m. public lecture is free, but reserved tickets are required and can be found at brownpapertickets.com/event/4274816.

Following the public lecture, there will be a private reception for Kamin and Mahany from 9 to 11 p.m. in the beautifully-restored living room wing of the Avery Coonley Estate.

Wine and champagne will be served along with small plate refreshments provided by The Chew Chew. Only 20 tickets will be sold for this private reception.

Tickets are $150 each and must be purchased in advance at here.

After a five-year hiatus, the Frederick Law Olmsted Society of Riverside is hosting a housewalk – but not just another tour of fancy homes.

This year's theme is Masterworks, and the Sept. 28 walk will cover six homes that span generations and were designed by architectural giants such as Frank Lloyd Wright, William LeBaron Jenney, William Drummond, Louis Guenzel, John Vinci and Lawrence Kenney.

"It's been five years since we did our last walk, so we're excited to get it started again," said organizer and Olmsted Society board member Mike Maloney. "The houses are pretty amazing. I really like the architectural lineage of the houses we chose."

The L.Y. Schermerhorn House, built in 1870 and designed by William LeBaron Jenney, is one of the oldest homes in Riverside. Maloney points out that Jenney had quite a few connections to Riverside.

"Jenney knew Olmsted. He met him during the Civil War at the Battle of Vicksburg," Maloney said. "Later, the Riverside Development Company hired Jenney and Schermerhorn, among others, to create public spaces in the village."

Schermerhorn was compensated with land for his work with the development company, and he hired Jenney to design his home. Jenney also designed the village's landmark water tower and many of the village's older homes.

"Jenney was known as the father of the American skyscraper, and Louis Sullivan trained under Jenney," Maloney said.

Four parts of the original Avery Coonley Estate will be included on the walk. The Coonley Bedroom Wing, designed in 1907 by Frank Lloyd Wright, was purchased by its current owners about five years ago.

"When they bought it, it was in dreadful shape," Maloney said. "They've done an outstanding job restoring it. It's stunning."

Also on the walk is Maloney's own house, which he shares with his wife, Cathy, who is the president of the Olmsted Society. Their Wright-designed home was once the gardener's cottage of the Coonley Estate.

While the residence, their fourth home during their tenure in Riverside, was the perfect home for them because of its size and single-floor design, Mike Maloney says that he grew up in Bartlesville, Oklahoma, the site of the only Wright-built skyscraper, where Maloney worked as a teenager, so he feels he has come full-circle.

William Drummond, Wright's protégé, and Louis Guenzel, protégé of Adler and Sullivan, designed the other two original Coonley Estate buildings on this year's walk. Drummond designed Thorncroft as the teachers' residence for the Coonley School, and Guenzel designed the caretaker's cottage next door.

Architect Sander Kaplan and his wife Theresa Pelletier, have carefully restored Thorncroft over their 17 years in the home. With the original plans to go by, they restored the roof and rebuilt the original front windows and also built an addition to the home. "This house has a ton of character, but not a lot of ornament," Kaplan said of the simplicity of Drummond's design.

The modern era is represented in the Freeark House, designed by John Vinci and Lawrence Kenney in 1975. The International Style home overlooks the Des Plaines River, and Maloney points out the Vinci was also the restoration architect for the Guenzel-designed caretaker's cottage.

Cathy Maloney says that the housewalk has been something a lot of people are looking forward to restarting.

"It's really been a community effort to pull this together," she said. "We expect a lot of people from out of town and from within Riverside will want to see these homes. The Coonley bedroom wing hasn't been open to the public since it was restored."

Tickets for the housewalk are $45 each. They can be purchased individually or in conjunction with the Olmsted Society's HopStop craft beer festival, which is also being held that afternoon, following the housewalk. You can find ticket information and buy tickets online here.

Folks, To clarify, the article references a price of $150. That price refers to the private reception with Blair Kamin at the Coonley Residence and is limited to 20 tickets.

We're reinventing independent community journalism on the Greater West Side and the near west suburbs from Oak Park to Riverside.  We're Growing Community Media, a six-month-old non-profit with 40-year roots in our seven...

What a kind and impactful gift. Bravo to the student...

On: OPRF boys hoops rewarded for...

On: From Oak Park to Oak & Heir

On: A political win for Anthony Clark

I would second Robyn's comments. For North and...

Anthony Clark has called for the decriminalization of...

On: A political win for Anthony Clark

Anyone wanting to know what is required in a modern...