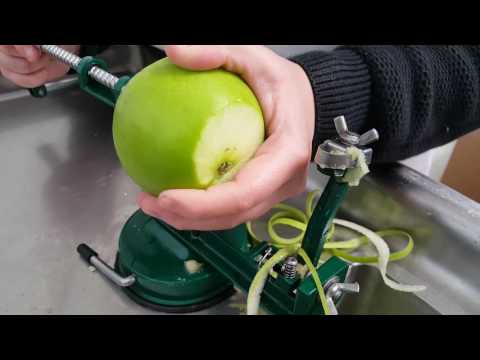 It's been almost three years since Michelle Mascaro started thinking about opening her own business. Earlier this month her determination paid off with the opening of Happy Apple Pie Shop in the Oak Park Arts District, 226 Harrison St.

Mascaro said the pies are selling out every day – that's roughly 30 to 40 pies – and she's had no problem finding workers to help make them.

That's because Happy Apple has enrolled local students and workers with intellectual disabilities to help make the pies and other goodies sold at the shop.

Mascaro told Wednesday Journal in an interview last year that she originally decided to open a business over concerns about where her intellectually disabled teenage daughter would work.

She launched the pie shop to help not only her daughter but other workers who have such disabilities. Mascaro says that 75 percent of the staff is made up of intellectually disabled workers and students from Oak Park and River Forest High School's TEAM special education program.

"I always say [customers] come for the mission, but they come back for the pies," she said during a recent tour of the new shop.

It's not only good news for intellectually disabled workers but also for the arts district as a whole. The building which Happy Apple calls home has been vacant since April 2014, when Mexican food restaurant La Majada closed. Tapster Robotics also has moved into the building, along with a local architect.

Mascaro said foot traffic and word-of-mouth is enough to keep Happy Apple employees busy. "Our apple pie is our most popular," she said. "But our mini pies and mini quiches are flying out the door."

Happy Apple also is taking specialty orders from patrons, Mascaro said. One local Realtor recently ordered 125 small pies for their clients. The recipients had to come in to pick up the pies, however, bringing more foot traffic to the shop.

The shop is a major milestone for the company, which most recently had been working out of River Forest Kitchen, a shared commercial kitchen at 349 Ashland Ave.

"We already developed a following at River Forest Kitchen," she said, but added that working under the schedule of times available at the commercial kitchen had become increasingly difficult as the business has grown.

Wow. "The recipients had to come in to pick up the pies,, bringing more foot traffic to the shop." Promoting both the store and the retail district. Excellent marketing.

And don't forget to support the Jewel on Roosevelt, which also hires persons with disabilities

So proud to know Michelle and see what she is accomplishing. Her pies are delicious, her shop is adorable and her mission is laudable. Give it a try - my family is especially fond of her Brown Sugar Pecan Pie.

We've had the apple and the coconut creme. Both really, really good. Coconut creme amazing. The apple pie crust -- seriously, the best I've had. It's the crust that usually ruins the pie. This one is not too heavy and doesn't overtake the pie. Nice balance.

No Max, you're just wrong., as usual.