Mary Kay O'Grady is a former high school English teacher and later owned her own public relations business, The O'Grady Group. She has lived in Oak Park for almost fifteen years. She is currently the chairperson of the Park District's Senior Advisory Committee. She thinks that the world would be a better place if everybody wore name tags, including her family. Thanks Barack and Michelle for all their support.

The Storm is Passing Over ...

Three short weeks ago, I celebrated a significant birthday and joined the ranks of the "seriously elderly." Before that I had just been elderly.

Focus on the good stuff

It's been hard to watch the car-wreck of this year's politics.

Donald Trump is not a good human being

I don't feel one bit guilty about not watching the impeachment trial of Donald Trump.

I figured I'd be glued to the TV when the impeachment hearings began, but it's worse than I thought it would be.

The Attack of the Giant Claws - on Lake Street 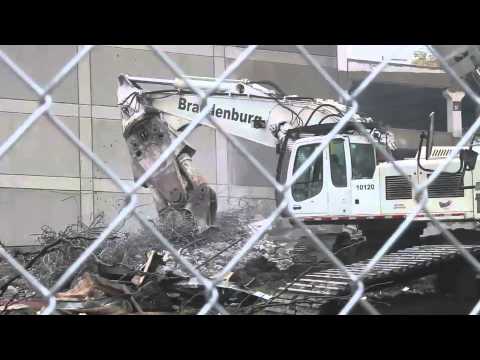 I never go to disaster movies: they're all special effects and stock characters. That said, I've been watching one from my window for the last several days and I'm absolutely riveted.

"I've Got a Crush on You, Sweetie Pie" (George and Ira Gershwin)

To have a "crush" on someone: when a person of either sex who attracts and holds your attention, who you'd go out of your way to read about in the paper, watch on TV or generally "be in their corner." First, my own.

Fear and Loathing in the Polar Vortex

How can somebody who has huddled indoors for two months be exhausted? I am. It's the stress shared by many my age. Is it too cold to go out? What if my car gets stuck? Will I fall? If I go out this afternoon, will it be freezing and snowy when I come home tonight? Should I plan to go to the theatre next week, or will it be zero and snowy? Exhausting.

I walked into the wonderful Apple service store on Lake and Oak Park. The fellow at the counter yelled out "What's going on?" Startled, I thought maybe I looked disheveled or worse. I even turned to look back out at the street to see if there was an accident. Silly me. He was just saying "hi."

Where is the developer for the property just East,...

I'm not sure what the Affordable Housing Fund is,...

Thank you for writing this so clearly Erika. I have...

On: Educational equity is more...

Here's a song for Anan, the Ado Annie of Oak Park...

Well, of course it won approval! The Mayor and the...

Cliff Osborn: Your observation was correct on the fact...

It was disturbing to learn that our neighborhood was a...

According to the story, Trustee Boutet"s motion...

I read this expecting to find banks or businesses that...

On: Businesses make do with coin...