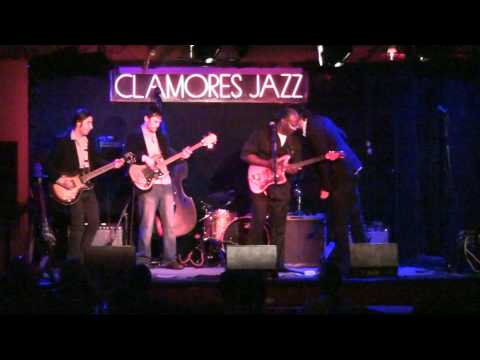 Oak Park resident Eddie C. Campbell, a seminal blues guitarist and singer who played with Howlin' Wolf, Willie Dixon and Muddy Waters, will receive a Lifetime Achievement Award from the Chicago Music Awards during a ceremony Sunday at the Copernicus Center.

Campbell, 74, was born in Duncan, Miss., but moved to Chicago when he was 10. Two years later, he was learning from the great Chicago bluesmen and in the 1970s was a member of the Chicago Blues All-Stars.

He later lived in Europe but eventually returned to Chicago.

His ninth and most recent album, "Spider Eating Preacher," was nominated for a Blues Music Award last year.

Campbell is one of 10 musicians to be honored at the 33rd annual event Sunday.

I admire Eddie C. Campbell's music a lot and have seen him perform several times. He certainly deserves this award, and he deserves to be better known.

1101 HANNAHSAT 9/26  9AM TO 3PM Lots of stuff for Do-It-Yourself homeowners! Tools and tons of miscellaneous.

Glad that Cara Pavlicek will continue to work for our...

On: Pavlicek staying in Oak Park

Happy to have Cara continue to be our Village Manager.

On: Pavlicek staying in Oak Park

Marsha, I was positively stunned to hear the news of...

Trustee Boutet should be evaluated for her decisions...

On: Boutet back in the race

Marsha - very sorry to hear about your loss. I am...

Dear Marsha, I am very, very sorry to hear about...

Marsha, I am so saddened to hear of John's...

Well, as someone who DOES subscribe to WJ, agree or...