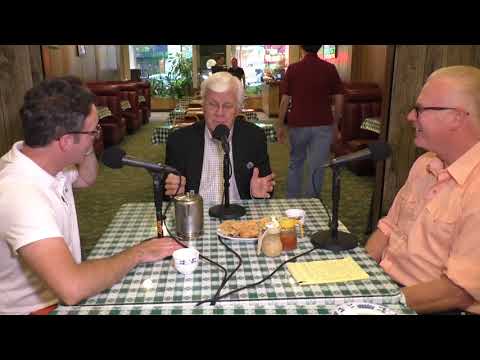 By Live from Luo's

On Episode 5 of Live from Luo's, Brett McNeil and Bob Uphues talk to Oak Park resident, Brookfield native and Chicago broadcast legend Bob Hale, one of the "Swinging Seven" DJs hired by WLS-AM in 1960 when the station changed to a rock 'n' roll format. Hale later spent 16 years at the host of WMAQ-TV's "Today in Chicago" morning news program. Hale became a permanent part of rock 'n' roll history in February 1959 as the emcee of the Winter Dance Party at the Surf Ballroom in Clear Lake, Iowa, a concert that proved to be the last for Buddy Holly, Richie Valens and J.P. Richardson (aka the Big Bopper). Hale was also involved in the infamous coin flip that resulted in Valens landing the final seat on the charter plane, which went down in a corn field, killing the three musicians and pilot Roger Peterson during the early morning hours of Feb. 3, 1959.

We can offer safe, creative, professional, and affordable solutions to address the need of your cluttered, unorganized closets. Using either wire shelving components, or more attractive wood grain laminated particle board, we successfully work...

On: Outdoor dining on Oak Park's...

What a terrific idea. I am sure they capable of...

On: Outdoor dining on Oak Park's...

@ Carollina Song Could you please post a link to that...

This should be exciting. Reduce spending on police,...

On: Progressives organize to win Oak...

A very timely and well-written piece from Michael...

If you simplify the issue, you quickly realize that a...